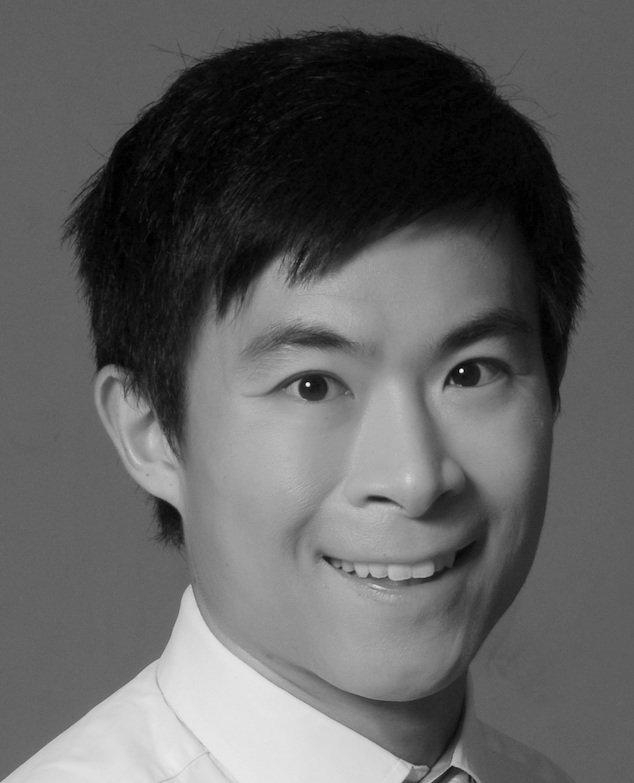 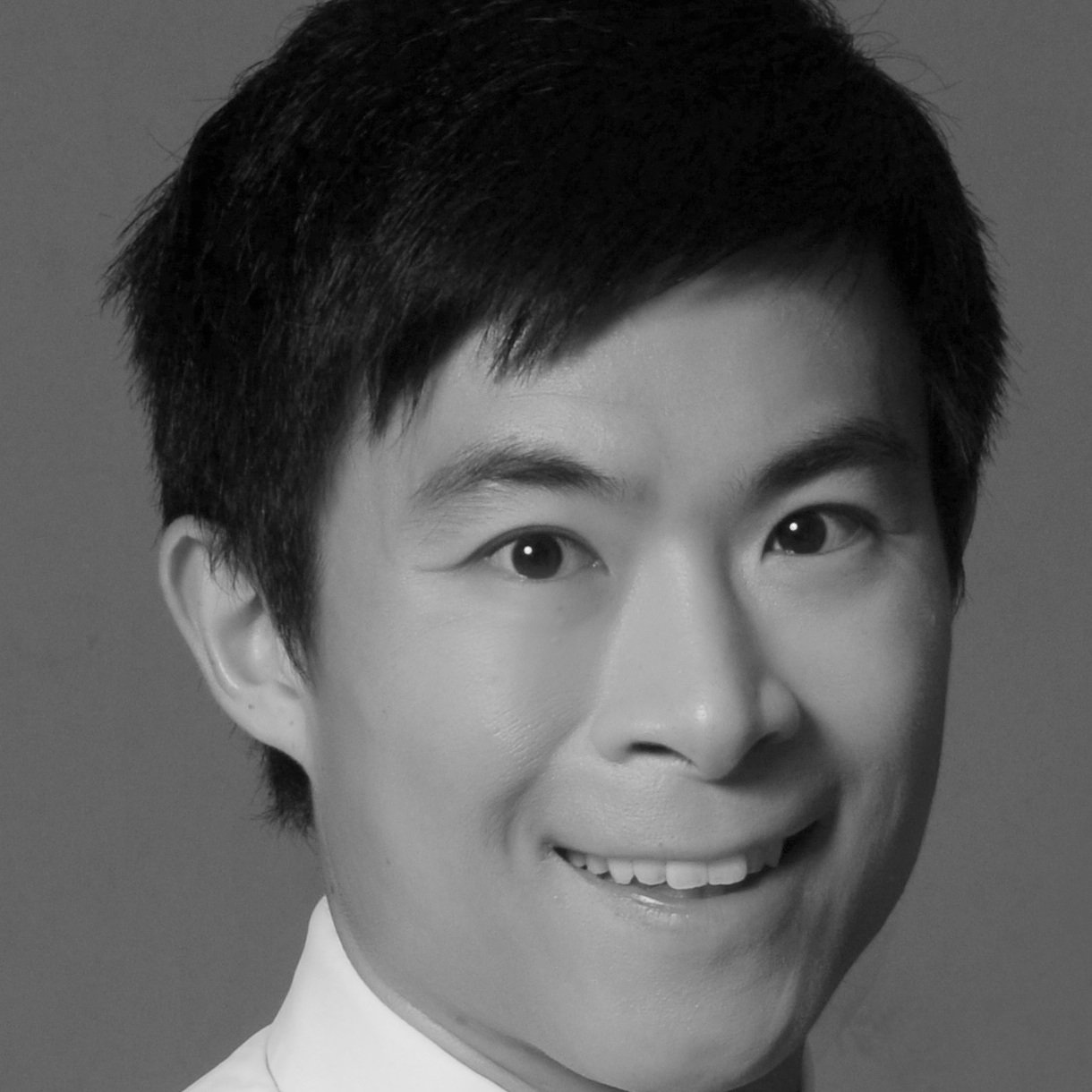 Described as a “fresh voice on finance and investment strategies — and much more” by Thinkers50, Alex is a professor of finance at the London Business School

Alex Edmans graduated from Oxford University before working for Morgan Stanley in investment banking, fixed income sales, and trading, and earning his PhD in finance from MIT Sloan as a Fulbright Scholar. Specialising in corporate and behavioural finance and responsible business, Edmans shares practical insights into successfully navigating business and finance in the 21st century.

Prior to the London Business School (LBS), Edmans taught at The Wharton School of the University of Pennsylvania, becoming tenured in 2013. He has won 23 teaching awards at Wharton and LBS and was named Professor of the Year by Poets&Quants in 2021. Edmans also serves as Mercers’ School Memorial Professor of Business at Gresham College.

Edmans is currently the managing editor of The Review of Finance, the leading academic finance journal in Europe. He also serves on the Steering Group of The Purposeful Company, a UK consortium of leaders in responsible business, and on the Royal London Asset Management’s Responsible Investment Advisory Committee. He was also appointed by the UK government (jointly with PwC) to study the alleged misuse of share buybacks and the link between executive pay and investment.

In addition, Edmans is the author of Grow the Pie: How Great Companies Deliver Both Purpose and Profit, which was named one of the Financial Times’ “Best Business Books of 2020” and won the Financial Times’ award for Excellence in Sustainable Finance Education. It is currently being translated into Arabic, Chinese, French, Korean, Russian, and Turkish. Edmans is also the co-author of the 14th edition of Principles of Corporate Finance.

Edmans has spoken at the World Economic Forum in Davos, testified in the UK Parliament, and presented to the World Bank Board of Directors as part of the Distinguished Speaker Series. He has also given the TED Talk “What to Trust in a Post-Truth World” and the TEDx talks “The Pie-Growing Mindset” and “The Social Responsibility of Business”, all of which combined have 2.5 million views. He has also written articles for the Wall Street Journal, Financial Times, Harvard Business Review, and World Economic Forum, and has been interviewed by Bloomberg, BBC, CNBC, CNN, ESPN, Fox, ITV, NPR, Reuters, Sky News, and Sky Sports.

Featured in Thinkers50 Radar, Edmans has been inducted as a Fellow of the Financial Management Association and has been honoured with the Finance for the Future Award for driving change in the finance community.

How Business Can Better Serve Society

Corporate businesses have lost the public’s trust. Since the financial crisis, there has been the strong view that the financial sector — which employs some of the highest-paid individuals — has little benefit for society. How do we know if businesses exist to make profits or to serve a purpose? How can businesses improve poor corporate governance?

Various remedies have been proposed, however, just like in medicine, diagnosis precedes treatment. Contrary to conventional wisdom that there is a trade-off between purpose and profit, Alex Edmans believes that there doesn’t need to be a trade-off at all.

The Psychology of Business

Learn how World Cup football results can drive the stock market, why simply changing the name of a stock can cause its price to soar, and how gyms dupe us into buying memberships that we rarely use.

In this presentation, Alex Edmans illustrates how psychological biases can distort the financial decisions made by investors, CEOs, and citizens. He’ll explain how we can be on the lookout for these biases and harness this awareness to improve our own decision-making.

This talk is accessible for all ages and professions — think of it as a cross between “Freakonomics” and a TED talk but applied to every financial decision.

Business Skills for the 21st Century


There are critical skills in business that are rarely taught at university or business school. Alex Edmans will share some of the key skills you need to succeed in business in the 21st century, including:

This presentation is both evidence-based and practical,  applicable to all ages and professions, and goes beyond what is traditionally taught. 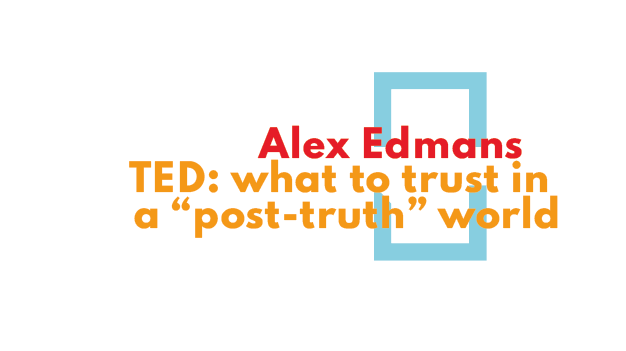 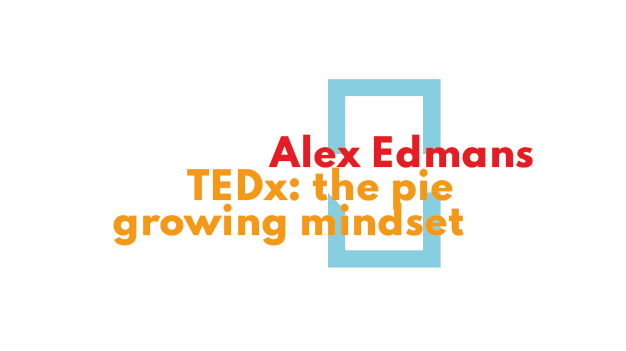 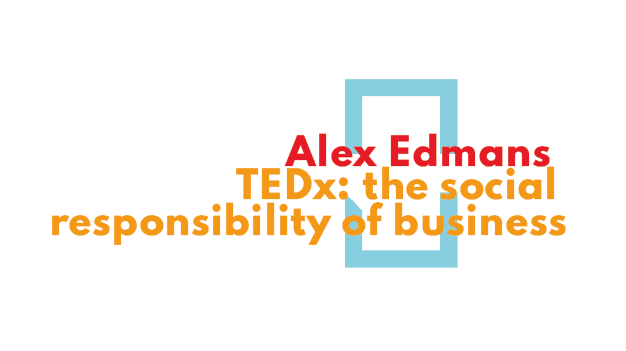 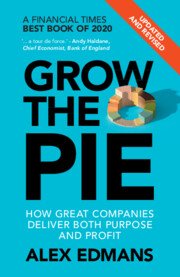 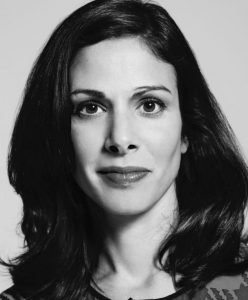 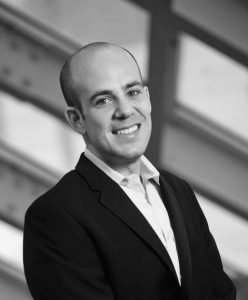 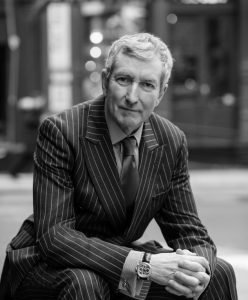