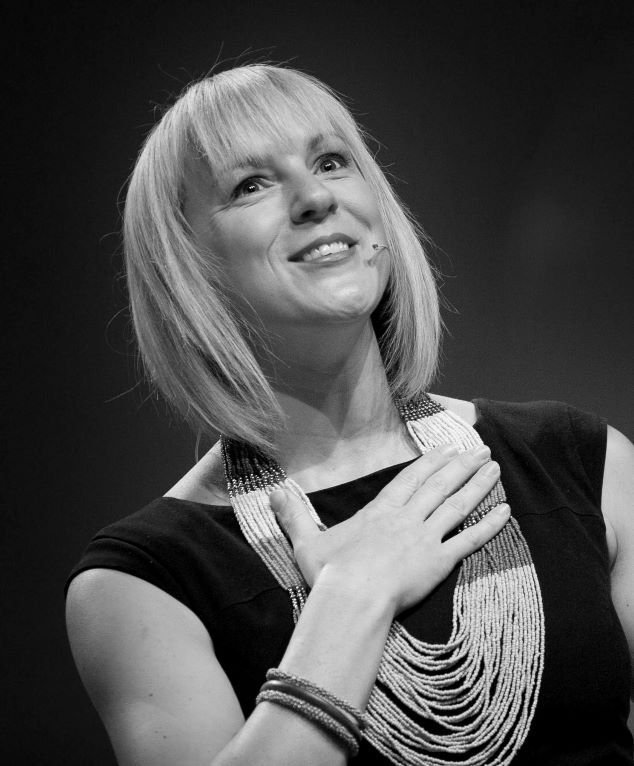 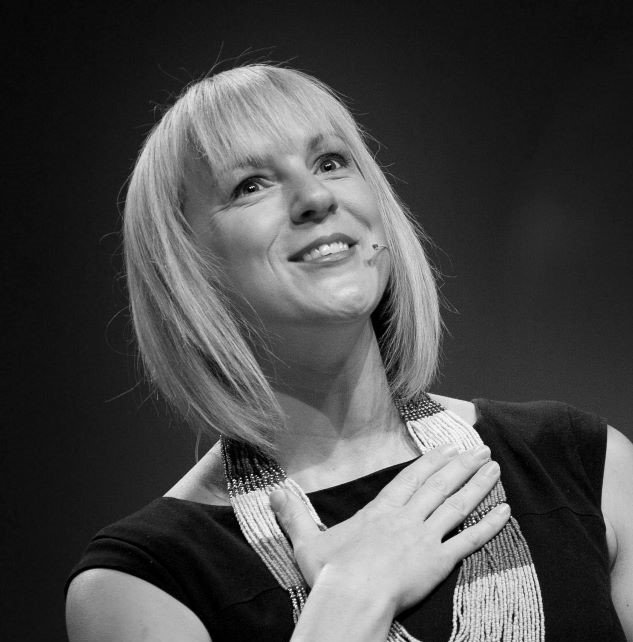 Debra leaves her audience in no doubt of their own ability to achieve the extraordinary both individually and collectively. “We held a conference for 1400 business people with Mikhael Gorbachev, Rory Bremner, Nick Leeson, Murray Walker, John Simpson and Debra Searle as the speakers, and the delegates voted Debra Searle the best.” – Mike Firth, International Business Convention

Debra Searle MVO, MBE is a truly inspirational woman; a professional adventurer, author, BBC presenter and gender equality advocate, Debra is also a keynote speaker par excellence who is trusted by the world’s top organisations such as IBM, Unilever, HSBC, UBS, Microsoft, Google and Pfizer. She has over 17 years’ experience and has addressed nearly 1,000 corporate audiences, so you can be confident that your audience will be in safe hands.

Adventurer Debra first hit the headlines when she set out to row across the Atlantic with her husband. Unfortunately he had to be rescued so Debra, a novice rower, continued alone and rowed 3000 miles from Tenerife to Barbados. It should have taken them six weeks but, to achieve her goal, Debra ended up spending 3 1⁄2 months at sea alone, encountering 30′ waves, sharks, and force 8 squalls in her 23 foot plywood boat. Since returning from this adventure, Debra has gone on to undertake solo & team expeditions across the globe, including canoeing the Yukon River for a BBC documentary with Bruce Parry, sailing the Southern Ocean, and racing in the Monte Carlo Rally in a 1957 Alfa Romeo.

Yet Debra is more than your usual sports speaker.

Debra has founded 4 companies including MIX Diversity Developers, a diversity consultancy and training company which specialises in innovative corporate programmes such as the LeasePlan Women’s Arctic Challenge. Her spirit of adventure gained her an MBE from Her Majesty the Queen and she was delighted to be appointed a trustee of The Duke of Edinburgh’s Award in 2003, the youngest and only female trustee working alongside His Royal Highness The Duke of Edinburgh. Debra has been appointed a Member of the Victorian Order (MVO) for her services to the Award.

Debra is renowned for her ability to tailor her speeches to clients’ needs. Having spoken across every major industry including banking, consultancy, direct sales, healthcare and retail she has the expertise to understand the specifics of your industry and to craft her speech accordingly. Debra powerfully illustrates her message with slides and stunning video footage, leaving her audience in no doubt of their own ability to achieve the extraordinary.

• Choose Your Attitude! It’s not magic, it’s mindset
• Teamwork & Positive Relationships
• Strategies for not just coping but excelling during times of change
• Leading through change 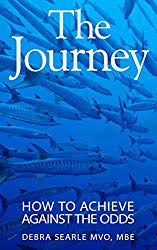 The Journey: How to Achieve Against the Odds by Debra Searle 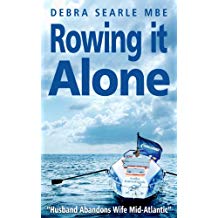 Rowing it Alone by Debra Searle

“Just a note to let you know how delighted we were with your keynote session on Friday. I genuinely can’t recall such positive feedback and engagement from our delegates over the many conferences which we’ve run!” – Sam Davidson, Group Human Resources Director, Henderson Group

“Debra’s presentation was perfectly aligned to our event objectives. Clearly Debra’s achievements are amazing and interesting in themselves.  More importantly, Debra has the ‘human touch’ and connected well with everyone in the audience.  She held the audience from start to finish and balanced humour with more serious messages.   She scored 5 out of 5 from every one of the 170 delegates. This is unheard of!” – Client Director, IBM (IBM have booked Debra a further 8 times)

“Debra not only has a great story to tell, but she uses her experiences to support real business situations and bring alive those everyday moments faced by leaders. She clearly understood our organisation and within an hour had totally transformed the mindset of some of the most ‘fixed’ people in this intimate audience.” Anthony Price, Global Head of Talent Developments, TMF Group

“There are good speakers, there are great speakers and then there is Debra Searle. I’ve never seen an audience so engaged, inspired and in touch with the messages that she shared.” Matt Schofield, People Leader and Business Partner, Auto Trader UK 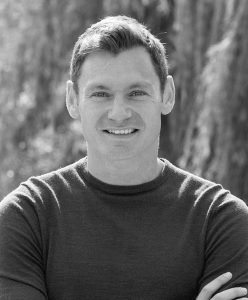